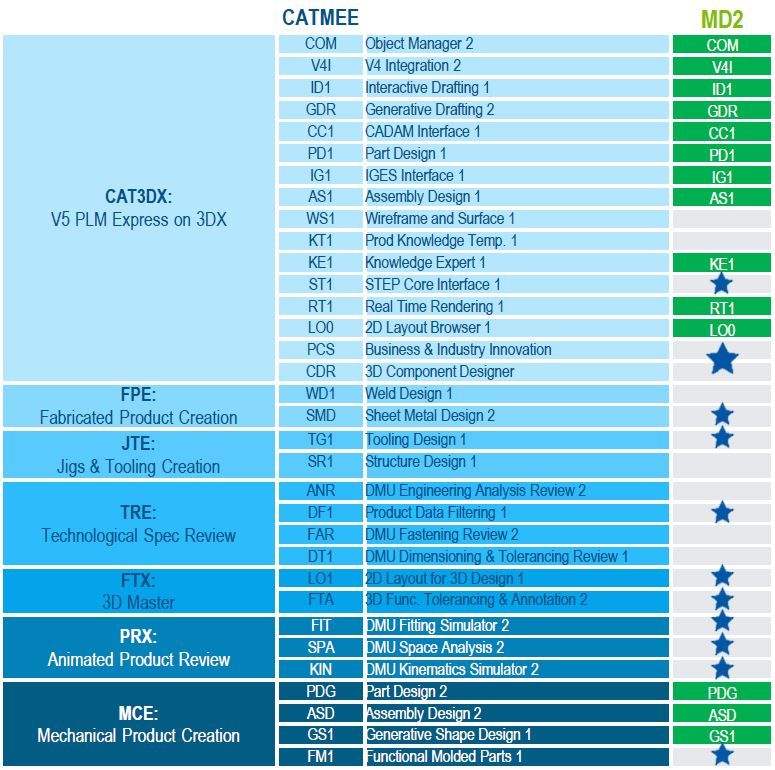 • Stiffener : allows user to dramatically improve his productivity by selecting neutral profile (automatic generation and relimitation). This command is very differentiating in front of update (after modification)

• Sketch positioning : capability to position the sketch at the beginning of the design. It will allow the user to define the Absolute axis and will keep associativity with selected 3D elements. For instance, user will be able to specify that the origin of the sketch will be linked to the intersection of two 3D lines, the sketch support will be the plane through these 2 lines, the orientation will be fixed to one line. This capability will enhance sketcher update stability in front of strong modifications of the input. Sketcher integration in PowerCopy, UserFeature and Replace is reinforced.

• Auto-dimensioning of a sketch or of specified elements of sketch, support of Chain & stack methodologies

• Dynamic simulation of constraint variation applied on a sketch

• Centered profile : This function allows users to create centered profiles, such as rectangles, oriented rectangles and parallelograms. The user selects one of these commands and, with the sketch toolbar, can choose the centered option. In classic mode, the profiles are created as usual. In centered mode, the user specifies a center point to start creating the profile.

• Insert Body: Allowing to create a new body in an existing part tree

• Union trim on re-limited faces allowing to save time during creation of complex part. It also drastically ease the use union trim operations

• Direct mouse-based manipulations on geometry to speed-up design, such as

• For Feature definition (Pad, Pocket, Shaft, Groove, Hole), limits of geometry can be stretched dynamically with the mouse or specified through the contextual menu

• For Hole definition, direct manipulations are available to move the hole position

• Deactivate / activate panel improves ergonomics and usability - Unify deactivate and delete commands regarding children (impacted elements) and aggregated elements. The behavior is more consistent for end user. It enables to Deactivate/Activate a complete branch of feature

Geometry "publication" for design in context

"To publish" a geometry means assigning a “label” to an existing geometry (e.g. assign the "roof" label  to a geometry).

• A part can be designed in the context of a published geometry (pad UpTo “Roof” for instance). This is a powerful methodology to catch Part Design Intent in the Context of an assembly (Re-Use of contexts, Fit  & Form concepts)

• Publication : ability to replace link by link in the "Define contextual links" pannel through 3D selection or specification tree selection

• Assembly symmetry : associativity in structure (a component added in an Assembly Symmetry is associatively mirrored, user has the option to choose the component to mirror or not)

• A new mode of constraint creation has been added allowing the user to create multiple constraints in one shot, gaining productivity

• User node for constraints : user can sort his constraints in the design tree to suit his logical organization. This improves readability of the tree and productivity through easier selection or operations on groups of identified constraints.

• Analysis of the degrees of freedom of a component, in order to quickly understand (graphically) how the component is constrained

This command enables to:

manipulate a component using the compass and

automatically position it according to the flied-over geometry,

• Positioning assistant : This functionality is an enhancement of the existing "Smart move" command. The user select multiple components to be placed through snap or constraints and can manipulate them one by one in a dedicated 3D window, that improves productivity and ease of use.